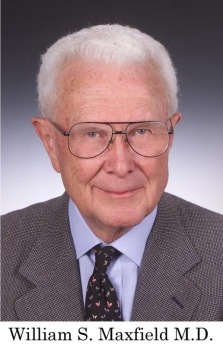 The first clinical use of hyperbaric oxygen therapy (HBOT), to my knowledge, occurred in the 1890’s when it was used to treat infection.  It was not until the 1970’s, however, that scientific data confirmed the value of HBOT in treating infection.  In the 1930’s, use of HBOT was promoted by Orville Cunningham, MD with his hotel in Ohio that was a hyperbaric facility.  The facility was closed due to opposition by the AMA.  Most of the data about HBOT from then until the 1970’s derived from treating the bends from diving accidents.

There was also research into administration of radiation therapy while the patient was at pressure from HBOT.  This approach caused complications and did not increase survival.

When I was on active duty with the navy in the late 1950’s, and until the late 1980’s, military medicine was the leader in the use of HBOT.  I have not found a reason why the value of HBOT for the current injured has been by-passed by military medicine, even for wound healing.  The use of HBOT in wound healing, which is the mainstay of civilian HBOT today, increased after the Jessica McClure incident in Texas when her HBOT treatment was recommended by my brother, James R. Maxfield, Jr., MD.  Following her significant recovery with HBOT that saved her foot, losing only the tip of her 5th toe, an editorial appeared in the JAMA in which the author of the editorial stated that it was wrong to put Jessica into HBOT.  The editorial said animal experimentation would confirm the opinion about the negative effect of HBOT for wound healing.  The animal work instead confirmed that HBOT was very beneficial in wound healing and not adverse as had been stated in the JAMA editorial.  Meleney ulcer was also removed from the approved list.  Now, however, extremity diabetic ulcers are an approved indication.  The recent approval of extremity diabetic ulcer confirms the thesis in my 2000 publication of Why the Diabetic Should Know about Hyperbaric Medicine.

Today, data shows that micro air embolization occurs with traumatic brain injury from blast.  This fact, therefore, would explain the progression of the patient’s CNS symptoms when evacuated by air from war zones.  Remember the rule for diving, “Don’t fly for 24 hours post-deep dive.”  Recognition that blast causes micro air embolization, in my opinion, should make blast injury an indication for HBOT just as is the bends.

Other neurological indications for HBOT that are well documented include: treatment of stroke, traumatic brain injury, cerebral palsy, autism, Lyme disease, cortical blindness, and cognitive defects from chemotherapy and surgery.  In addition, mitochondrial C disease and ataxia-telangiectasia have responded to HBOT.  Diseases that, in my experience, also respond well to HBOT are asthma, emphysema, rheumatoid arthritis, colitis, infected and migrating prosthesis, and reflex sympathetic dystrophy.  Complications of radiation therapy and chemotherapy also have had significant response with HBOT as an adjunct to radiation therapy.  In 1999, Koshigi et al from Japan reported a significant improvement in brain tumors by using HBOT within 17 minutes before radiation therapy which increased 5 year survival by 50%.  This data confirmed my unpublished work with HBOT.  Given immediately before each radiation therapy treatment. HBOT achieved a 20-plus year survival for a chest wall synovial sarcoma patient.

Additional current research data with HBOT in cancer care, in my opinion, will be the basis for the future expansion of HBOT indications in cancer treatment.  This concept is supported by the 2007 data from Norway, which showed in an animal breast cancer model, HBOT was two times as effective as 5FU.  Also, in an animal brain glioma model, HBOT produced a 60% reduction in the glioma.  This data opens the possibility for use of HBOT as a significant adjunct in future cancer treatment to improve response and survival.  This current animal data along with the older reports that show decreased implantability of cancer cells with HBOT, in my opinion, suggests that HBOT should be evaluated before  and after invasive procedure treatment to decrease implantability of cancer cells.

My concept of where we need to be when HBOT is no longer the best kept medical secret is illustrated in my diagram of the importance of HBOT in modern medicine.  Although the USA is considered to be the leader in medicine, there are only 16 indications for HBOT in the USA while in Russia there are 73.  Documentation of some of the Russian indications can be seen in the practice of equine HBOT centers.  For instance, the value of HBOT in racehorse mares having a good foal after several failures confirms the Russian indication for use of HBOT in chronic abortion.  Also pneumocystis carinii (PC), a common pneumonia in horses, has responded well to the addition of HBOT in the treatment for PC.  This data suggests that HBOT should also be considered for patients with AIDS especially in view of the old and new information about the potential for using HBOT in cancer treatment.

Another area in the future where there will be expanded use of HBOT is in the developing field of stem cell therapy.  It is now known that a course of HBOT produces an 8 times increase in the patient’s stem cell population.  The stem cell increase, in my opinion, is the reason for the rapid healing achieved with HBOT.  Also this increase in stem cells may contribute to the reported benefit of HBOT and stem cell therapy in spinal cord injury patients who, in other countries, are reported to be walking after paraplegia.  From the stem cell conferences I have attended, a major problem has been the low take of implanted stem cells.  My belief is that HBOT will increase the take of stem cells, which with the developing technology to image stem cells, will provide a mechanism in the future for documenting the effect of HBOT on stem cell take.

In my opinion, HBOT has application in almost all segments of modern medicine.  As HBOT moves from the “best kept medical secret” to usual and customary therapy, there will be significant patient benefit and decreased medical costs.  Saving a leg from amputation with HBOT may total $30,000-$40,000, but the cost of amputation is $90,000 plus a 90% chance for loss of the other extremity in five years.  Also, consider cost saving by treating patients with cognitive defect from chemotherapy or surgery with HBOT in order to decrease their disability.  What we must do now is to move HBOT to the forefront of modern medicine.
Abstracts:  4th International Symposium on HBOT in Cerebral Palsy and the Brain Injured Child
Ft. Lauderdale, Florida, July 25-30, 2004

The Importance of Hyperbaric Oxygen Therapy (HBOT) In Modern Medicine

These indications for HBOT are obtained from the world literature and personal experience: