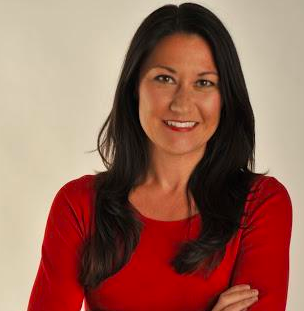 Zen Honeycutt is the Founding Director of Moms Across America (MomsAcrossAmerica.com), a non-profit National Coalition of Unstoppable Moms, and author of the new book, UNSTOPPABLE: Transforming Sickness and Struggle into Triumph, Empowerment, and a Celebration of Community. With the motto, "Empowered Moms, Healthy Kids," Moms Across America has grown rapidly with over 600 leaders have created 1,000+ community events in all 50 states in the first 5 years of inception. Zen has three boys with allergies and autism symptoms which greatly improved when they went GMO-Free and organic. She discovered that thousands of Moms are seeing the same results.
Zen L. Honeycutt is -- first and foremost -- a mom. She is also an activist, speaker, author, founding executive director of Moms Across America, and co-creator, with Dr. Vandana Shiva, of Mothers Across the World (MomsAcrossTheWorld.com).
Known for being UNSTOPPABLE, Zen makes a practice of going head-to-head with government agencies, big corporations, and anyone who believes that things simply are the way they are and that it’s impossible to create change. She has it on good authority -- her mother -- that we are all amazing.  And she knows from experience that anything is possible. Her own story is proof of her beliefs.
Happy to speak to anyone interested in better health for all, she has been featured on ABC, CNN, The Dr. Oz Show, the Wall Street Journal, CSPAN, Fox News, Reuter’s, Huffington Post, and many other media outlets. Zen is available for consulting to nonprofits, organizations, and companies that support the expansion of the organic market and sustainable, toxin-free lifestyles. She has created several successful social media platforms, including the Moms Across America Facebook page (facebook.com/MomsAcrossAmerica), which reaches over a million people a month. Her documentary, Communities Rising, highlights efforts across our nation to transform the food supply.
For years, she has been motivating groups around the globe to take action to improve their quality of life, health, and food.  Speaking tours have taken her to Australia, New Zealand, Japan, Switzerland, China, Maui, France, The Hague, and across mainland America.
Zen, formerly of Connecticut and New York City, currently resides in Southern California with Todd, her husband of nineteen years, Ben, Bodee, and Bronson, her three sons, and their dog, Princess Zoe.  In her spare time, Zen loves life drawing, swing dancing, spending time at the beach, and singing off-key.
To get in touch with Zen or Moms Across America, visit ZenHoneycutt.com, MomsAcrossAmerica.com, or facebook.com/MomsAcrossAmerica.

​Jennifer Kozek, LPC, NCC (HealingWithoutHurting.com), mother, psychotherapist-counselor, author of two books:
• Healing without Hurting: Treating ADHD, Apraxia and Autism Spectrum Disorders Naturally and Effectively without Harmful Medications
• A Healthy New Me & ADHD Free
Jennifer Kozek is a psychotherapist-counselor who practices in Connecticut, health advocate, and is also the mother of a son with Autism Spectrum disorders. After treating Evan bio-medically, along with other healing practices, Jennifer witnessed the kind of improvements that every parent of a similarly diagnosed child dreams of: Evan no longer grunts and screams, throws toys, hits others, or has mood swings. He no longer throws himself into fits of uncontrollable rage,  listens to his teachers & responds appropriately. He copes better with changes in routine & makes eye contact more often. He no longer enters into a trance-like state and the list goes on. Evan is now a happy, well-adjusted, 7 year-old.  It is the author's mission to reach  the millions of parents who struggle to find healthier and more natural ways to treat their children's nuanced disorders.
​
On the show Jennifer will speak on:
• Her vital role in the ending the use of glyphosate-based herbicides last month (August, 2018) by Oxford, Connecticut.
​• Detoxification and nutrition as a means to recovery from autism and emotional disturbances.
• The importance of an organic diet, free of GMOs (genetically-modified organisms)
• Avoiding a  toxins from a variety of sources.
Show Material
Oxford Connecticut Retires Roundup and Goes Organic
By Anne Temple, August 11, 2018