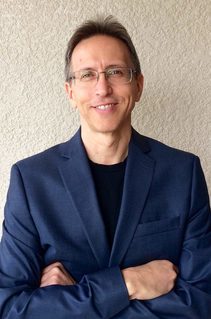 In broadcast media since 1999, Robert Scott Bell, D.A. Hom. (American Academy of Clinical Homeopathy 1994) (RobertScottBell.com​) served on the board of the American Association of Homeopathic Pharmacists (1999-2001), currently serving on the Board for Trinity School of Natural Health, and continues to provide direct support to those in need and works with physicians on their toughest cases.  He personally overcame numerous chronic diseases over 26 years ago via homeopathy, herbal medicine, organic whole foods, minerals, essential fats and the transformational power of belief.  Robert has spent the past decade delving into the antimicrobial, immune-supporting and regenerative properties of silver. As a Homeopath, he has dedicated his life to revealing the healing power within us all. Robert is the father of two vaccine-free children, Elijah (17) and Ariana (11), with his wife, Nancy. RSB co-authored Unlock the Power To Heal with Ty Bollinger.  His radio program, The Robert Scott Bell Show, broadcasts LIVE from 7-9 PM Eastern M-F and Sundays 1-3 PM Eastern on syndicator, Genesis Communications Network (GCN), with rebroadcasts via UK Health Radio, along with iTunes, Stitcher, TuneIn, SoundCloud and YouTube.

Robert Scott Bell, D.A. Hom. presents free health seminar, How To Have A Healthy Gut And Support Your Immune System Naturally
October 24, 2018, 6:00 to 7:00 PM
Tunie's Natural Grocery & Vitamin Market: 5651 Coral Ridge Dr, Coral Springs, FL 33076 (map)
Details: http://tunies.com/event/free-health-seminar-healthy-gut-support-immune-system-naturally
Show Material
Drone
Free film screening, October 17, 2018, 4:05 to 7:05 PM
Community Cafe: 2444 Central Ave, Saint Petersburg, Florida 33712
The documentary follows people on both sides of the drone technology. The unique access to drone victims in Waziristan is juxtaposed to drone pilots who struggle to come to terms with the new warfare. The film covers diverse and integral ground from the recruitment of young pilots at gaming conventions and the re-definition of "going to war", to the moral stance of engineers behind the technology, the world leaders giving the secret "green light" to engage in the biggest targeted killing program in history, and the people willing to stand up against the violations of civil liberties and fight for transparency, accountability and justice. 1 hour, 18 minutes
Facebook event: http://facebook.com/events/170560630536808